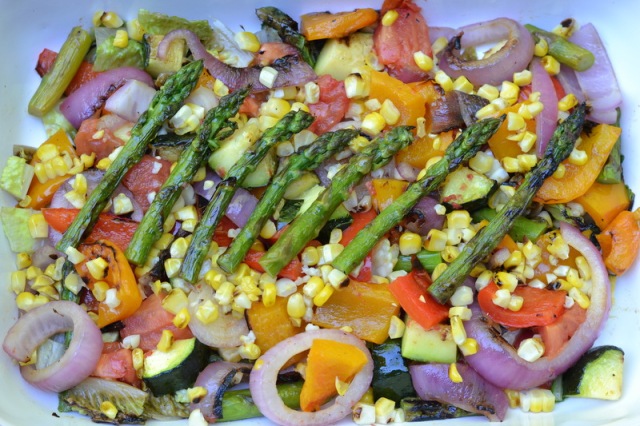 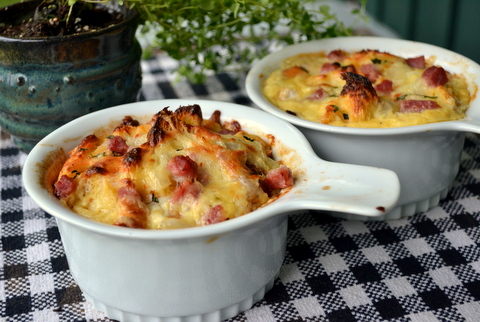 Glenn and I are hosting a Boxing Day brunch tomorrow morning and I’ll be assembling this ham and cheese strata before tucking in tonight. It will come right out of the fridge and pop into the pre-heated oven a half hour before we plan to eat. This recipe serves six but can easily be scaled up or down to suit the number at your table. It might sound odd, but I use Sweet Thai Chili sauce in the strata for added zing! Give it a try – you’ll find it adds a unique flavour to a tried and true brunch favourite.

To test for doneness insert a metal skewer into the centre of the strata. If it comes out clean the strata is ready to serve.